Getting Out Of The Rut Of Life 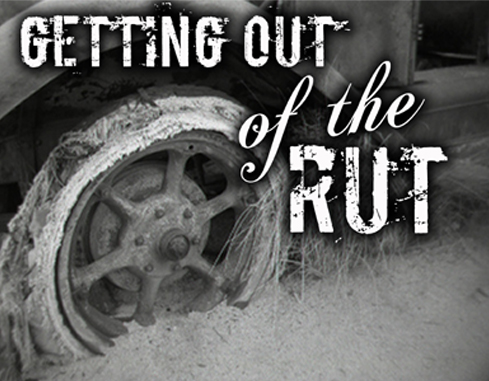 1  After this there was a feast of the Jews, and Jesus went up to

2  Now there is in Jerusalem by the Sheep Gate a pool, which is called in

3  In these lay a great multitude of sick people, blind, lame, paralyzed, waiting

for the moving of the water.

water; then whoever stepped in first, after the stirring of the water, was made

well of whatever disease he had.

5  Now a certain man was there who had an infirmity thirty-eight years.

6  When Jesus saw him lying there, and knew that he already had been in that

condition a long time, He said to him, “Do you want to be made well?”

7  The sick man answered Him, “Sir, I have no man to put me into the pool

when the water is stirred up; but while I am coming, another steps down

9  And immediately the man was made well, took up his bed, and walked. And

that day was the Sabbath.

Hope…Can Turn Your Life Around